The Different Types of Zoysia Grass

- April 11, 2018
There many different types of zoysia grass. Each zoysia type has different strengths, weaknesses, suitability of climate, and appearance. 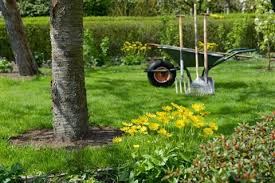 Zoysia Matrella is warm season grass. It most suitable for a tropical and subtropical region, and cannot tolerate colder winter. It has a slow growth rate and spread by rhizome, but can also spread by seed. Normally, zoysia matrella have medium leaf blade width and could displace old grass through competition of resources.

Zoysia matrella is known for its potential to grow in sandy soils and other poor soils where other grasses won't grow or grow poorly. The zoysia grass grows more laterally than vertically as opposed to some other Zoysia grasses types.

Most popular varieties of Zoysia matrella: 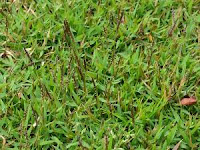 Nara is a new variety of zoysia grass that develops and breeds to grows faster, and produces a lush, green, durable, and tough lawn. It is suitable for home lawns, public areas, and business frontages. Nara is suitable for all the tropic and subtropic regions. 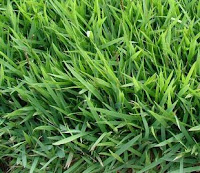 Zoysia japonica (known as Korean lawn grass, or Japanese grass) is the most commonly used of the Zoysia grass family.

This due to its higher natural suitability for use as a home lawn, high tolerance to Winter, and suitable for different growing conditions.

The japonica family can range in color from light green to dark green depending on which type is chosen. Most Zoysia japonicas have a thin to medium blade width.

Most common varieties of zoysia japonica:

Zoysia hybrid Doesn't like over-watered, and over-fertilized, which is common with all Zoysia grasses.

Emerald Zoysia is best suited to the tropics and subtropics only.

Tenuifolia is very different from other types of zoysia grass. It has a slow growth rate, restricted height, and clumping look make Zoysia tenuifolia not popular for use as a standard home lawn.

As an alternative, tenuifolia must be used in areas where a more natural look or no wear lawn is wanted or necessary. Zoysia Tenuifolia is typically used as a ground cover in oriental gardens among rocks, ponds, and other features.

Tenuifolia is usually left unmowed for a natural look, or it may be mowed after or twice per year for a neater look.
Next Post Prev Post